An intro to Google Contribute – a more benevolent ad suppressor

I have to admit that up until now, I have not heard of Google Contribute. It’s a product that has been out in some sort of a beta form for a few months now and it allows its users to suppress some % of ads for a monthly fee ($2 – 10/month). Essentially, the amount you “contribute” is used to bid against other advertisers for the space where the ad would have ordinarily appeared. You then get an ad-free experience, while the site still does not lose out on potential revenue.

Harris Schachter of Optimizeprime.com has a full review of the product, which I think is worth reading: http://optimizepri.me/google-contribute

Ad blocking is akin to catching a free ride on the subway, skipping the chore of buying a ticket to see a movie or borrowing a book from Barnes & Noble as if it was a local library that didn’t charge late fees. 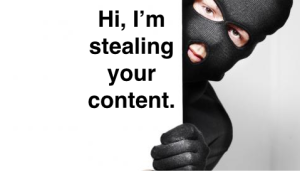 Stealing digital content is like stealing a book from a store or a song from the Internet.

Those consumers who think that it is their Gates (or Jobs) given right to consume content without either paying for it outright or seeing ads should be seen on par with those who pirate music and movies. Just because you can, just because the technology is there and just because it may be annoying to see ads, does not mean you can or should avoid them.

For the uninitiated, the content you read (at least on sites that don’t just blatantly steal all of it and just repackage it for the ADHD generation) is someone’s work. That someone, usually a creative type and not a hedge fund manager, needs to eat food, drink water and live in a home. Just like you and just like the rest of us. Unfortunately, the moronic attitude of digital entitlement on the part of many Internet users who seek to install software like AdBlock Plus, is making it harder for these average folks to get paid.

Of course, the problem has two sides, and the other side is equally ugly. I wrote in a previous entry how the value exchange between content providers and consumers is broken. Today, when I tried to play a video from WCVB.com about Boston dropping its Olympic bid, I couldn’t be bothered. My state-of-the-art ThinkPad X1 with an i7 processor and oodles of memory could not stream the video because of the 85 different ad calls that happened concurrently as the site loaded. It’s insane and publishers like this one should be chastised for degrading the consumer experience to such a point. But you know what? This content was available across a bunch of other sites and I just went there to watch it. WCVB may have gotten a fraction of a penny of revenue from my visit, but it ensured that I won’t be back. This punishment is much more long-term and fair than if I installed an ad blocker and kept visiting the site, because then the argument about who really is at fault tips in the favor of the site and not the user.

And really, in the world where clean format sites like Facebook, Tumblr, Twitter, as well as myriad of apps all promote a fast and streamlined vision for how content should be consumed, it’s no wonder that clunky and greedy publishers, who think short-term about monetization, are going to lose out very quickly.

I am, frankly, surprised that the German court delivered a verdict that did not make AdBlock Plus illegal. And it is even more surprising that some sites are partnering with, what should be seen as an enemy, to be included in its ‘white list.’ This is the media equivalent of the Moltov-Ribentropp agreement of the 1930s! And it’s going to come to bite these publishers in the ass sooner than later.

Digital content, its creation, ownership and sharing is in a crucial moment in history and those involved in making decisions about its future need to ignore the fast buck they can earn today, but rather with a vision for a prosperous (at least not loss-making) tomorrow.